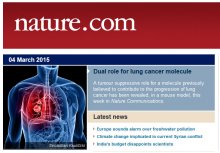 A tumour suppressive role for a molecule previously believed to contribute to the progression of lung cancer has been revealed, in a mouse model, this week in Nature Communications. This new role applies specifically to mutations often found in patients with a history of smoking.

The molecule, STAT3, mediates cellular responses to extracellular stimuli and is often activated in lung cancer. For this reason current therapies are being developed to specifically inhibit STAT3. However, Emilio Casanova and colleagues show that STAT3 also acts as a tumour suppressor when combined with certain mutations of the KRAS oncogene, which are often found in lung cancer patients with a history of smoking. Low STAT3 levels were found in lung cancer patients with advanced malignancy and poor survival. This suggests that, in this context, inactivation of STAT3 might not be a beneficial therapeutic strategy. "Patients with a history of smoking should under no circumstances be treated with these new drugs", explains Grabner in an interview. The newly identified tumour suppressive role for STAT3 presents therapeutic opportunities to treat patients suffering from lung cancer and carrying certain mutations.

Emilio Casanova and his team have published these results recently in Nature Communications. 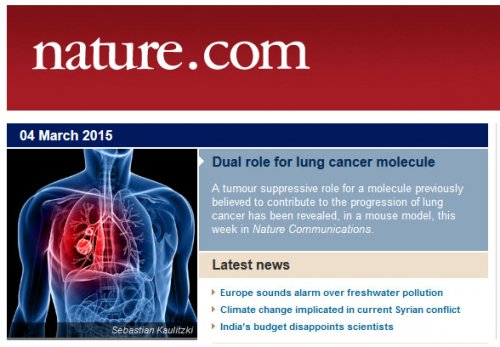