Jan Pencik received the Novartis Award of the German Society for Pathology for his research on prostate cancer, which was performed at the LBI-CR. 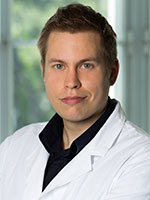 Pencik convinced the jury with his research on prostate cancer. Published in Nature Communications he reported on "STAT3 regulated ARF expression Suppresses prostate cancer metastasis", which identified the genes STAT3 and p14 ARF as prognostic markers to better evaluate the progression of the disease. The research was conducted in the team of pathologist Lukas Kenner, vice-director of the Ludwig Boltzmann Institute for Cancer Research (LBI-CR). After completing his doctoral thesis Pencik now works at the Department of Radiology and Nuclear Medicine of the Medical University of Vienna.

Pencik shares the prize with George Gdynia from the Institute of Pathology at the University Hospital in Heidelberg. Both scientists are recognised for their excellent research on tumors.

The report on the website of the  Deutsche Gesellschaft für Pathologie.

The research now awarded was in part financially supported by the stand alone project P 26011 of the Austrian Science Fund (FWF) "Genetic Analysis of the IL-6 Signalling pathway in prostate oncogenesis". 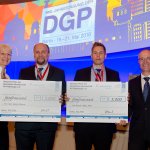